Chac is the Mayan god of Rain. He is very similar to the Aztec god Tlaloc.

At times, Chac could manifest into four different gods, or parts. Each god had a cardinal direction and color, as well as a unique name. These manifestations are as follows:

These four gods, or parts, are sometimes referred to as The Chacs. These four could also be seen as assistants to the god Chac.

Chac had a very unique and distinct appearance in Mayan mythology. The deity was known for his long, hooked nose, fangs and long tongue. His nose was turned up, much like an elephant’s nose. 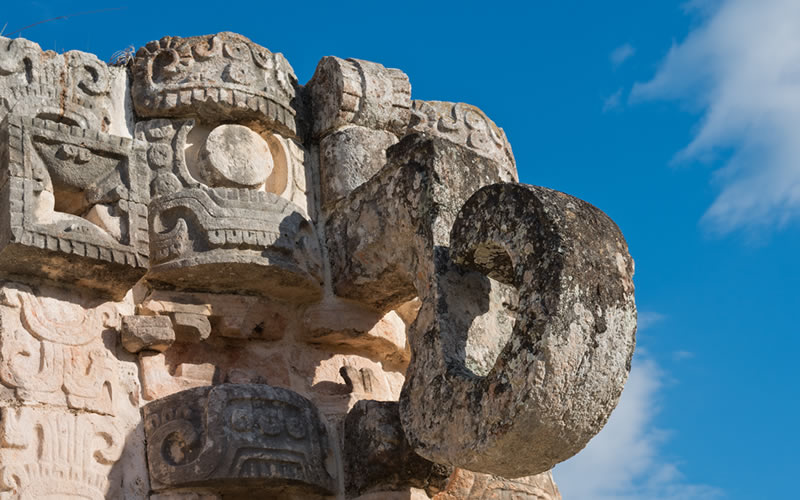 He was also portrayed with animal attributes as well. He could be depicted as having scales, like those of a fish or reptile. This was likely due to his affiliation with rain.

Rain gods had a couple of different ways of making it rain. They would use jade or stone axes to hit rain-carrying snakes, or throw the axes or snakes at the clouds, causing rain, lightning and thunder.

There are several known rituals associated with Chac. One of these is known as Burner periods and rituals. A Burner period lasted 65 days, or a quarter of the 260 day religious Mayan calendar.

Note – The Mayans had two calendars. One was similar to ours, and had 360 days. The other was a religious calendar, and had 260 days.

Each of the four Chac gods was associated with one of the four Burner periods. Not a lot is known about Burner rituals and periods, but they are mentioned in several Mayan texts. It is possible that a sacred fire was constantly lit and tended to by a priest for the duration of a 65 day Burner period. After a given Burner period ended, a new priest would tend to the fire. 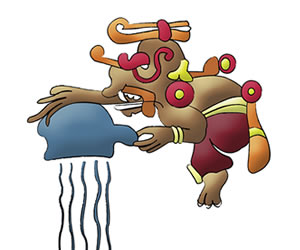