In the mythology of ancient Rome, Apollo, known by the same name to the Greeks, was a versatile god. Due to this similarity, he has been called “the most Hellenic [or, Greek] of all the gods.” According to the Encyclopedia Britannica, “he was a god of divine distance, who sent or threatened from afar; the god who made men aware of their own guilt and purified them of it; who presided over religious law and the constitutions of cities; and who communicated with mortals through prophets and oracles his knowledge of the future and the will of his father,” Jupiter. As such, Apollo was one of the most widely worshiped Roman deities.

In myth, even his fellow gods – with the exception of his mother and father – feared Apollos. He was worshiped as an agricultural god, fending off the diseases and wild animals that could harm farm animals and crops. He was thus called Nomios, meaning “herdsman,” and Lyceius, as he opposed the lykoi, or wolves. An alternate name, Phoebus, meaning “bright,” connected Apollos with worship of the sun, and the title Alexikakos heralded him as the “Averter of Evil.” 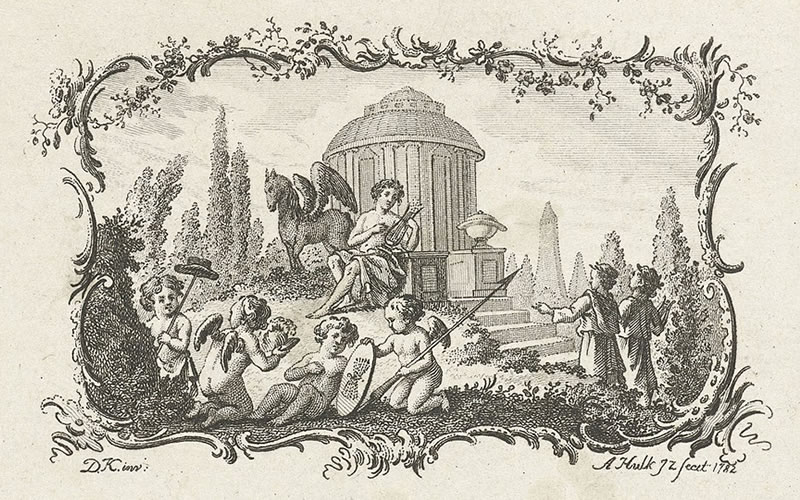 In Roman mythology, Jupiter had an affair with the Titan goddess Latona. When Jupiter’s wife Juno found out about the affair and Latona’s pregnancy, she was infuriated. At this point there is some variation on his birth story, but it includes some of the following concepts:

Juno essentially cursed Latona and forbid all dry land from accepting her birth. Juno may have also sent a serpent named Python to chase Latona through ancient Greece. Latona fled and searched for a place where she could give birth. Eventually she found a place to give birth on the island of Delos, a wandering rock off the coast of mainland Greece. It was said that Delos was suitable for Latona to give birth because the island floated in the sea, and was not connected to the ground.

Latona gave birth to Diana by balancing her body on an olive branch to avoid coming into contact with the ground. After her birth, Diana was able to assist Latona in giving birth to Apollo on Delos. The treatment of his mother so enraged Apollo that only four days after his birth he embarked on a journey to destroy the Python.

Apollo traveled to Delphi, where he slayed the huge serpent, who had tormented his mother during her pregnancy. It should be noted that in some versions of the legend, the snake was instead slain because it tried to prevent Apollo from setting up his oracle.

The Roman myths of Apollo involve numerous romantic affairs, typically drawn from his previous Greek mythologies. For instance, in Metamorphoses, written by the Roman poet Ovid, Apollo pursues the beautiful nymph-daughter of the river god Pineios. When he is about to overtake her in his affections, she cries out to her father for help. Pineios turns his daughter into a laurel tree to protect her from Apollo’s lust. The laurel was later regarded as Apollo’s sacred plant.

In another myth, Apollos loved Coronis, the daughter of a king, and left a white raven to protect her while he was away. When the raven came to him to tell him that Coronis was having an affair with another man, Apollo was angry that the bird had not pecked out the lover’s eyes. His curse upon the bird scorched its feathers, which is why, the Romans believed, ravens are jet black in color. Apollo’s twin sister killed Coronis, but Mercurius rescued her unborn child.

Apollo was worshiped and honored in several ways. One such way was the creation of the Pythian Games. The Pythian Games were a collection of athletic contests and musical competitions that were established to commemorate Apollo’s slaying of Python.

A Temple of Apollo was built in Delphi, an ancient site just north of the Peloponnese peninsula in southern Greece. Mythology holds that Apollo established the famous Oracle of Delphi in a mysterious way. It stated that on one occasion, he transformed himself into a dolphin and leaped onto the deck of a Cretan ship. Once on deck, he undisguised himself and ordered the Cretan crew to follow him. Delphi was thus named after the dolphin, or delphis, and the cult of Apollo Delphinius (Apollo the dolphin) arose among the Cretans whose ship Apollo had commandeered.

An oracle, such as the Oracle of Delphi, is a place where prophecies are uttered in response to the petitions of a visitor. The medium used at Apollo’s oracle was a woman over the age of 50 who was thought to deliver divine communication with the gods while under inspiration. Her words were then interpreted by priests. Oracles of Apollo existed not only in the main temple at Delphi, but in his other temples as well. The Roman Emperor Augustus promoted the worship of Apollo after the Battle of Actium in 31 B.C., which was fought near one of the temples.

Many of the yearly festivals honored Apollo along with other gods, but the Delphic Stepterion, held once every eight years, celebrated this god directly. Its rituals involved reenacting the slaying of Python. The young actor was then temporarily banished to a narrow valley in Greece.

In art, Apollo is usually depicted as a youth, having grown no beard. He may be represented robed or in the nude. He carries a bow and a stringed instrument called a lyre. Because of this lyre, some scholars believe that Apollo was originally a god of music, a favorite pastime of the shepherds whose flocks he was said to protect.

As with many mythical figures, the legacy of Apollo lives on amid the sciences. During the 1960s and 1970s, the Apollo space program was conducted by NASA, and included the famous lunar landing.

Role in Mythology: god of the Sun, Arts, Bows and Arrows