Osiris is the Egyptian god of life, death and resurrection. He took on many roles, names and forms in ancient Egyptian mythology over time. He is also a prominent god of the Heliopolitan Ennead.

Osiris (the Greek form of his name) was known as Asir in ancient Egypt. Other names or epithets he went by, include “Lord of Eternity”, “Great God” and “Foremost of the Westerners”.

As the oldest son of Geb, the earth god, and Nut, the sky goddess, Osiris features in many stories and myths documented in ancient religious texts. He is brother to Set, Horus the Elder, Isis, and Nephthys, and father to Horus the Younger (with Isis) and Anubis (with Nephthys).

The most famous myth about Osiris is also a central one in ancient Egyptian religion. Different versions are told, but it generally describes how he is killed by his jealous brother Set and his body then scattered in pieces over Egypt. A grieving Isis searches for and finds all the pieces except his penis. Nephthys and Anubis help her put the body back together but have to make him a new penis from gold. He comes back to life just long enough for Isis to become pregnant with Horus the Younger.

Mostly depicted as a partially mummified pharaoh, Osiris’ complexion is commonly green (representing rebirth), but sometimes black (representing the fertile floodplain of the Nile River). On his head is often the Atef crown, a headdress with two feathers on either side and a disc at the top. He usually has a beard like those of the pharaohs and carried a crook and flail. The crook symbolizes his role as a shepherd god.

In Egyptian mythology, Osiris was originally the founder of agriculture. He allegedly persuaded the Egyptians to end cannibalism (though there is no evidence that they were ever cannibals). This myth is linked to his role of presiding over death and resurrection, processes which are compared to the cycles of growth and decay experienced in nature.

Osiris’ prominence was evident in the fact that he was often simply referred to as “god.” He was viewed as an equal and sometimes even superior to Ra, the sun god.

After his death, Osiris became the king of the underworld. Instead of being feared in his role as the god of death, he was associated with resurrection and regeneration, and his presence in the underworld was viewed as comforting. This fact is illustrated in many portrayals where he wears a kind smile on his face.

In the Early Dynastic period, the center of Osiris’ worship was in Abydos, where his head is said to be buried.

During Akhet, the first season of the ancient Egyptian calendar, festivals were held across Egypt to celebrate Osiris’ life, death, and rebirth.

Osiris absorbed and became associated with many other deities over time. They included Wepwawet, Sahu, Banebdjed, and Anhur. This means that he was almost constantly worshiped across Egypt until the rise of Christianity during the time of the Roman Empire. His cult continued in Philae, an island in the Upper Nile, until the time of Emperor Justinian I (527 to 565). 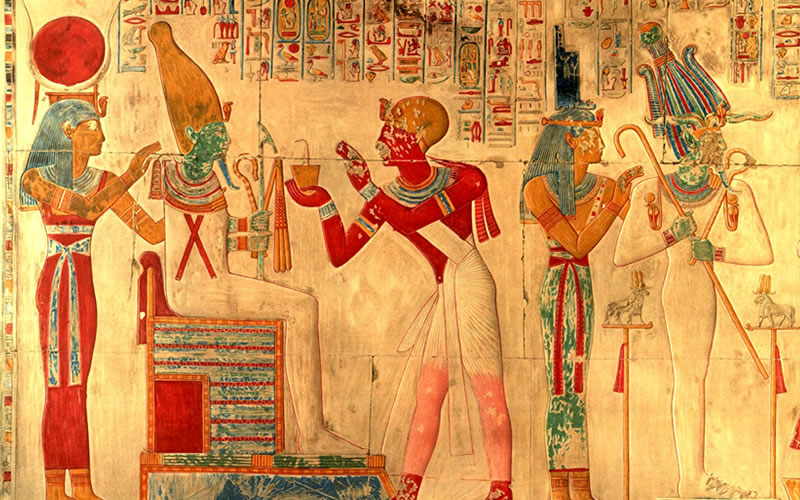 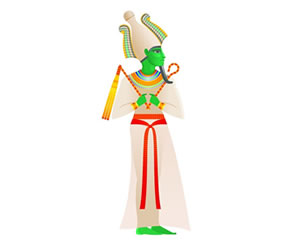